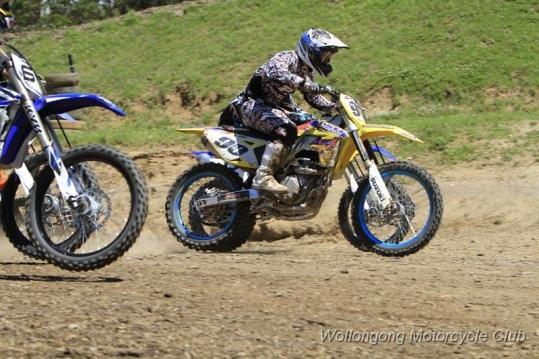 Setting your ride sag on your rear shock will have an effect on the way your bike sits out on the track. Too much sag and your bike will sit low in the rear, wallow around and will turn about as sharp as the titanic. Too little and your bike will be prone to head shake, sit high in the rear, kick under brakes and will over steer and tuck through corners. In both scenarios front wheel washouts are a common crash in result from incorrect ride sag.

The following are only general recommendations, different riding styles, tracks and manufacturer brands may vary these setups.

• Measurement: 1st Place the bike on a centre stand with your wheels un-weighted. You take a measurement from the rear axle to a fixed point vertically on the guard above Making a small mark with a pen on the guard for a reference point is a good idea.

• Measurement: 2nd Take the bike off the stand, place the rider with gear on the bike with a normal riding position (not too far forward or too far back) with their feet barely touching the ground or on the pegs with someone helping to aid balance. Take another measurement from the same two points as before.

• Measurement: 3rd Take the bike off the stand and bounce on the bike to allow the suspension to settle. With the rider off the bike take a measurement between the same two points again. 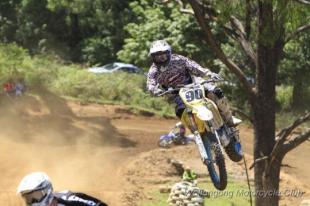 Race sag should be properly set prior to checking static sag. Use the same method to measure static sag that is used to measure race sag. To calculate static sag you need the measurement with the bike on the stand and the measurement with the bike off of the stand without a rider on it. This will reveal the amount that the rear sags under its own weight. The appropriate range for a 125cc-650cc bike is 20mm-45mm. If the bike sags more than the desired range, the rider will need a softer shock spring. If the bike sags less than the desired range then the rider will need a stiffer spring